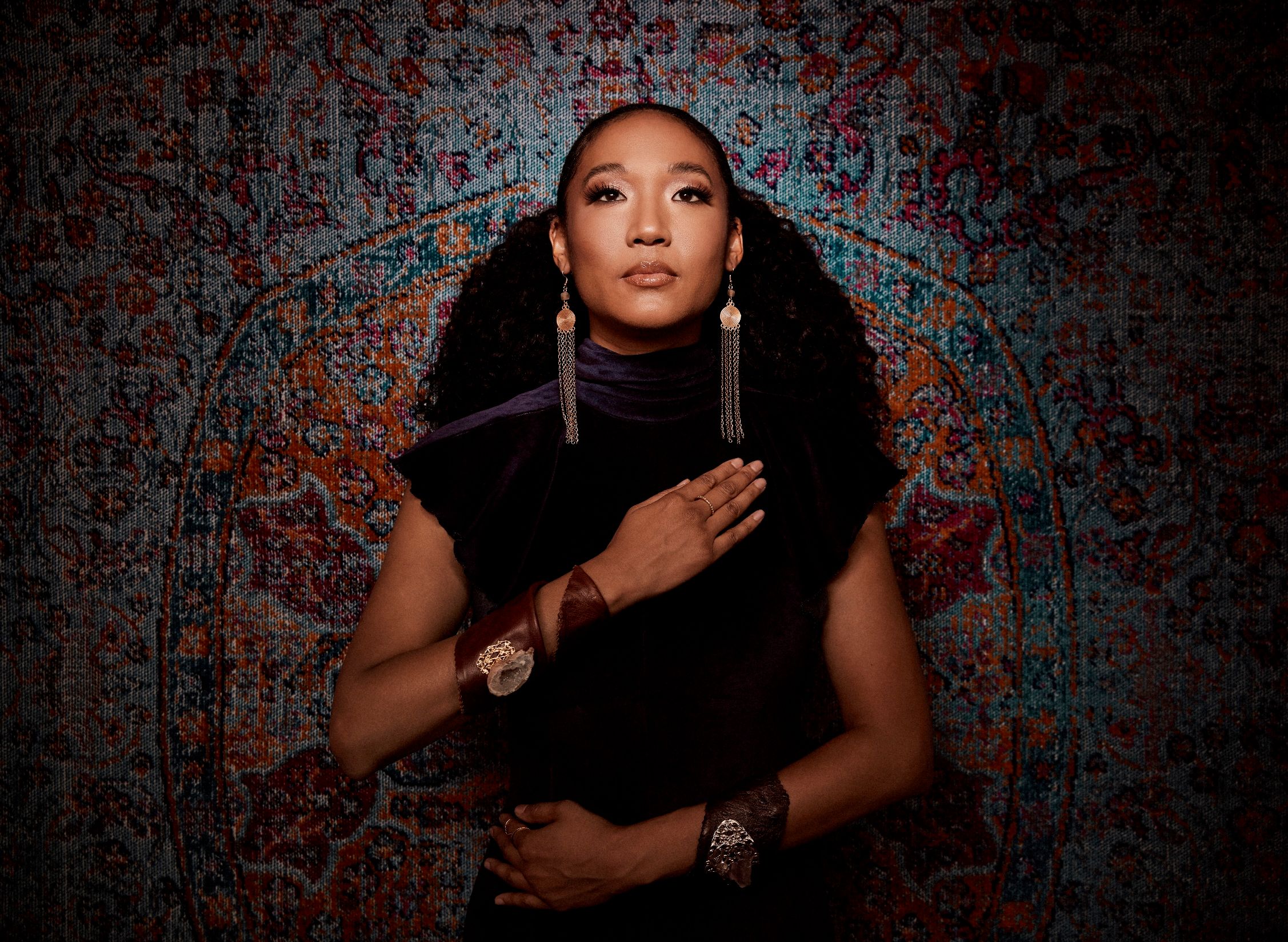 "Hill’s new album, Baby, I’m Hollywood  is a funk-rock-soul scorcher, filled with sultry bump-n-grinders, anthemic songs exposing what it’s like to grow up a biracial woman in these United States, and bitter, beautiful ballads like “When My World Is Blue.”
- SPIN

Judith Hill is a Grammy winning singer-songwriter and multi-instrumentalist from Los Angeles, CA, praised by Rolling Stone for her “stellar powerhouse vocals” . She’s had the distinct privilege of being one of the final musicians to be mentored by Prince who co-produced her debut album, Back In Time. Hill is an accomplished independent artist who has worked closely with legendary talents Michael Jackson, Spike Lee and George Benson, toured with Stevie Wonder, Elton John, Ringo Starr and was an official tour opener for John Legend and Josh Groban.

Judith was Jackson’s duet partner on the classic ballad, “I Just Can’t Stop Loving You,” which became a highlight of his posthumously released film This Is It. She delivered a deeply moving performance of “Heal the World,” an indelible moment during Jackson’s public memorial service.

She partnered with Spike Lee to record 11 songs for his film Red Hook Summer and recorded “Too Young” with George Benson for a stand-out song on the album, Inspiration: A Tribute to Nat King Cole. Moreover, Judith received a Grammy Award for her performance in the Oscar-winning documentary, 20 Feet From Stardom, a behind-the-scenes look at the lives of several acclaimed background singers, including Judith, who earned a Grammy Award for “Best Music Film” for her participation. Post-This Is It, Judith appeared on NBC’s The Voice, where she was a finalist and began to cement her identity as a solo artist with a series of knockout performances that showed her ability to put her own distinctive, captivating spin on familiar songs.

Her new studio album Baby, I’m Hollywood!  (released March 2021 via Regime Music Group)  is a vibrant, defiant personal statement, a thorough excursion into the annals of Black music: past, present and future. Rich in throwback soul, stunning piano balladry, and swaggering psychedelic funk, the self produced Baby, I’m Hollywood  finds Hill liberated, focused and reborn. Bolstered by a spirited live band and her new attitude, she ruminates on pleasure, pain, celebration, and consequences, all of which inform this collection of finely-crafted stories-in-song.