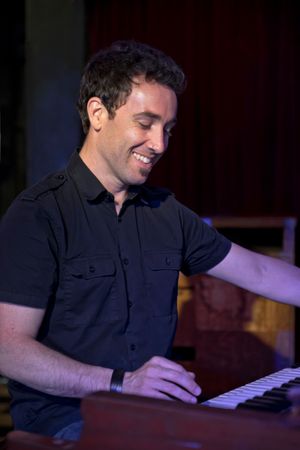 Jazz organ authority, the legendary Dr. Lonnie Smith has called Wil Blades “the future,” anointing him the heir apparent to “carry on the legend [and] the legacy of the B-3 organ.”

Blades shoulders that responsibility with nonchalant virtuosity and infectious groove on his second recording, Field Notes (released August 2014 from The Royal Potato Family). The album’s nine songs report back from the rich incubator that is t he road, with pieces written from snippets recorded at soundchecks, gigs and jam sessions—field recordings of the jazz trio in its natural habitat. On his first full trio outing, Blades is joined by guitarist Jeff Parker (Tortoise, Joey DeFrancesco, Joshua Redman) and drummer Simon Lott (Charlie Hunter, Will Bernard), both musicians who share Blades’ grounding in tradition and urge to push it forward.

“Both those guys can play straight-ahead jazz, they can funk, they can take it out, they can go in so many different directions,” Blades says. “I always had the idea in my mind that doing a trio with Jeff Parker and Simon Lott would have a cool vibe and would be very open.”

Field Notes takes full advantage of that versatility and openness, exploring the full breadth of the organ trio’s potential. “On this record, I was definitely trying to come out of the lineage but then trying to look forward at the same time,” Blades says. “My whole thing is having a foot in the past and trying to have a foot in the future and to bring those two worlds together as much as possible.”

At the outset of the album, Blades is dubbed “the magnificent, wonderful, sometimes tragic Wil Blades” by a critic whose opinion is almost as important as Dr. Lonnie’s: Blades’ eight-year-old daughter, whose grandiose introduction of her father was captured while she was “hopped up on sugar and saying crazy, hilarious stuff.” That intro showcases Blades’ sense of humor, setting a warm, genial tone that carries throughout the CD’s many moods. Her pronouncement leads directly into the shuffling blues of “Miller’s Time .” The blues is a deep vein that runs through the entire album, straight through to the classic “I Ge t the Blues When It Rains,” which closes the album on a note of New Orleans soul.

That influence harkens back to Blades’ roots in Chicago, where he grew up playing drums and guitar in rock and funk bands. He moved west to study jazz at the New College of California, where he studied with bassist Herbie Lewis. “It was a real old school jazz education,” Blades recalls. “With Herbie, it was almost a Mr. Miyagi thing, life lessons where I’d be wondering, ‘Why am I cleaning the music room right now?’ But as I got older I started to appreciate these fundamental, basic lessons that were actually very deep and useful, more so than what scale to play over what chord.”

Blades had begun adding the organ to his repertoire at the time, and it was Lewis who pressured him to choose one instrument to focus on. He had discovered the instrument through rock records by the likes of Pink Floyd and Jimi Hendrix, which led him to Jimmy Smith and other jazz innovators. At the same time, Medeski Martin and Wood had emerged with a new, more radical approach to the organ trio, which Blades found equally intriguing. “Something about the sound of the organ really turned me on,” he says. “There was just something about it that I really dug, and I can’t really explain it.”

Over the past fifteen years, Blades has grown to be one of the most in-demand organ players on the Bay Area scene. In addition to leading his own trio, he works regularly in duo situations with drummers Billy Martin (Medeski Martin and Wood) and Scott Amendola (Nels Cline Singers); and in trios led by guitarist Will Bernard and drummer Stanton Moore. He’s performed and recorded with a host of jazz and blues greats including Melvin Sparks, Idris Muhammad, Joe Louis Walker, Don Braden, Donald Harrison, Nicholas Payton, Karl Denson, Charlie Hunter, Jason Marsalis, Herlin Riley, and many others.

Not long after Blades’ arrival in California, Dr. Lonnie Smith came to town to play a week of shows at the renowned club Yoshi’s with fellow organ great Jimmy McGriff. “I went to every single set,” Blades says. “The music was so soulful , it was addictive.” Finally mustering the nerve to approach Dr. Lonnie, Blades found an eager mentor; the two continue to play duo shows to this day. “A lot of older guys really want the music to be ca rried on, and the old school method was not jazz college, it was mentorship,” Blades says. “Lon nie has really taken me under his wing. It’s always an amazing experience to get to play with him; he really is one of my heroes.”

Those lessons have paid off stunningly well, as evi denced in Blades’ scintillating and soulful playing throughout Field Notes , whether on the soul-into-psychedelia shimmer of “ Chrome” (developed from an improvisation with Billy Martin) or the blues-meets-electric-Miles groove of “Dewey” or the African rhythmic accents of “Addis,” inspired by a 2011 trek to Ethiopia, where Blades got to work with local musicians. Stylistica lly, the album ranges from the alluring balladry of “Forgetful” to the smooth, slinky R&B of “Red La nterns Are Blue,” which draws inspiration from J Dilla and Patrice Rushen.

While he wrote most of the album with his bandmates in mind, often building on fragments from jams and improvs grabbed by his iPhone, Blades pays specific tribute to both of his sidemen on a pair of tracks. “(I Can’t Stand) The Whole Lott of You” was named for an inside joke and is another unwitting contribution from Dr. Lonnie, who intoned the title in a mock English accent upon meeting Simon Lott. The title can be (and occa sionally is) sung to the tune’s catchy funk chorus. Blades cedes the spotlight entirely to Jeff Parker on “Parks N’ Wreck,” a vibe-based tune driven by the organist’s memorable bassline that wa s inspired by the guitarist’s work in the hip- hop realm.

As his endorsement suggests, if Dr. Lonnie Smith an d his fellow members of the B-3 pantheon are concerned about their legacy they can rest easy after hearing Field Notes . Wil Blades ably carries on the organ tradition while infusing it wi th modern influences, suggesting an exciting future for the instrument and for this trio. 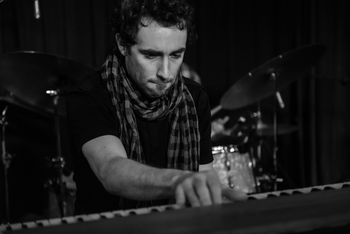 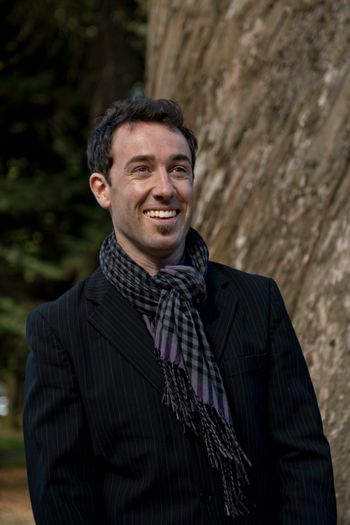 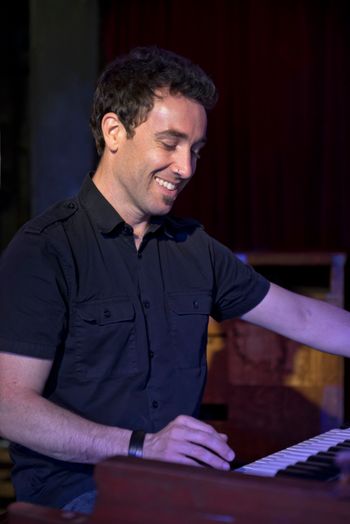 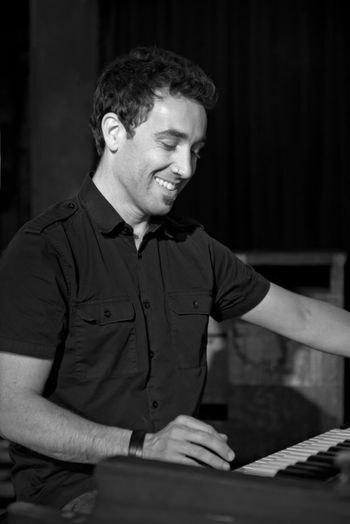 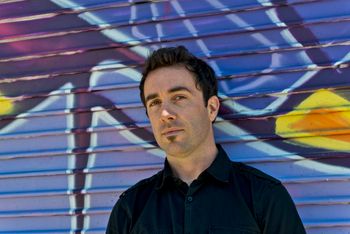